The length of the entire bridge, including stairways, is 57 m, the width is 6 m. This is the widest pedestrian crossing of all that have been manufactured at the Krasnoyarsk Metallurgical Plant (KraMZ). It consists of two spans: the first one is around 40 m long and the second one – around 12.5 m. The weight of the structure is 44 tonnes. It is planned to build the pedestrian bridge at the same place where the old viaduct was located. The bridge will connect the regional philharmonic and the Ploshchad Mira museum centre. Unlike the old bridge, which was demolished in 2015, the new one will have only one pylon and will be supported by stays. Besides, unlike other aluminium bridges in the city, this one will have railings made of transparent blocks. 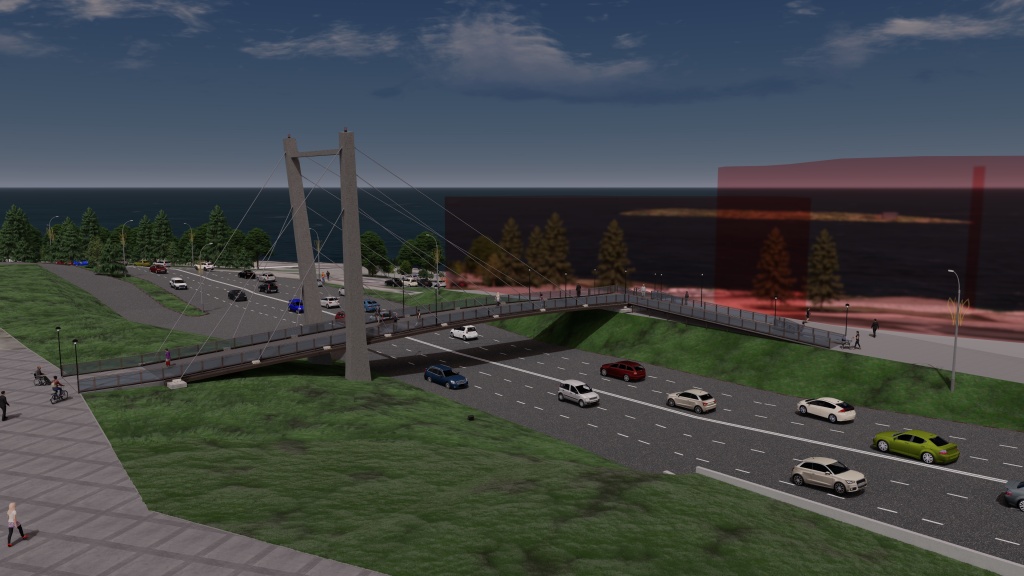 Bridge in the town of Bor, Nizhny Novgorod Region

The bridge in the town of Bor over bypass road 22K-021 will connect the town centre with the bank of the Vezloma River. The bridge, with load-bearing structures made of aluminium, is part of the Borskoye Volgorechye complex improvement project; it will be used as an observation deck overlooking Nizhny Novgorod. The pedestrian bridge is an example of the fusion style that harmoniously combines different materials, such as aluminium, glass and wood. From the side of Bor, the ramp has a standard rise, while from the bank, there is a stairway and a glazed lifting platform for groups of people with limited mobility. There is a suspended LED spotlight, symbolising a beacon, which is attached to the top of the elevator shaft. 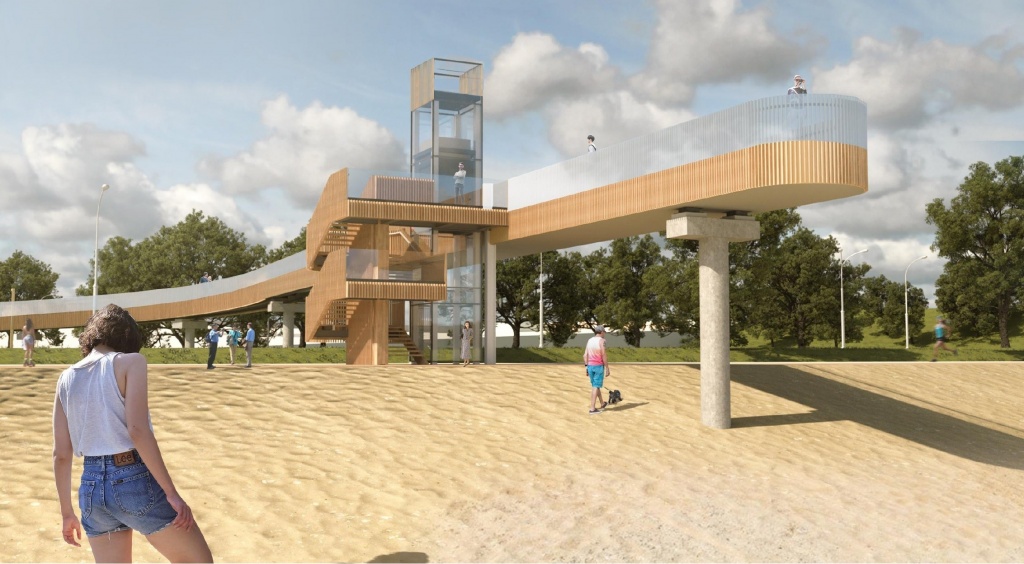 Name and location of the facility: Pedestrian bridge in Bor with an observation deck overlooking Nizhny Novgorod. It connects the central part of the town with the bank of the Vezloma River.
Facility commissioning date: under construction
Customer: Municipal Public Institution Borstroyzakazchik
Design organisation: PI Volgaavtodorproekt
Producer of the bridge structures: Krasnoyarsk Metallurgical Plant (KraMZ)
Features: the length of the bridge is 121.6 m and the width is 3.33 m. 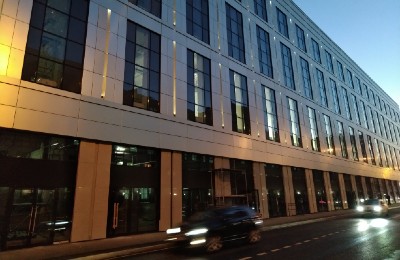 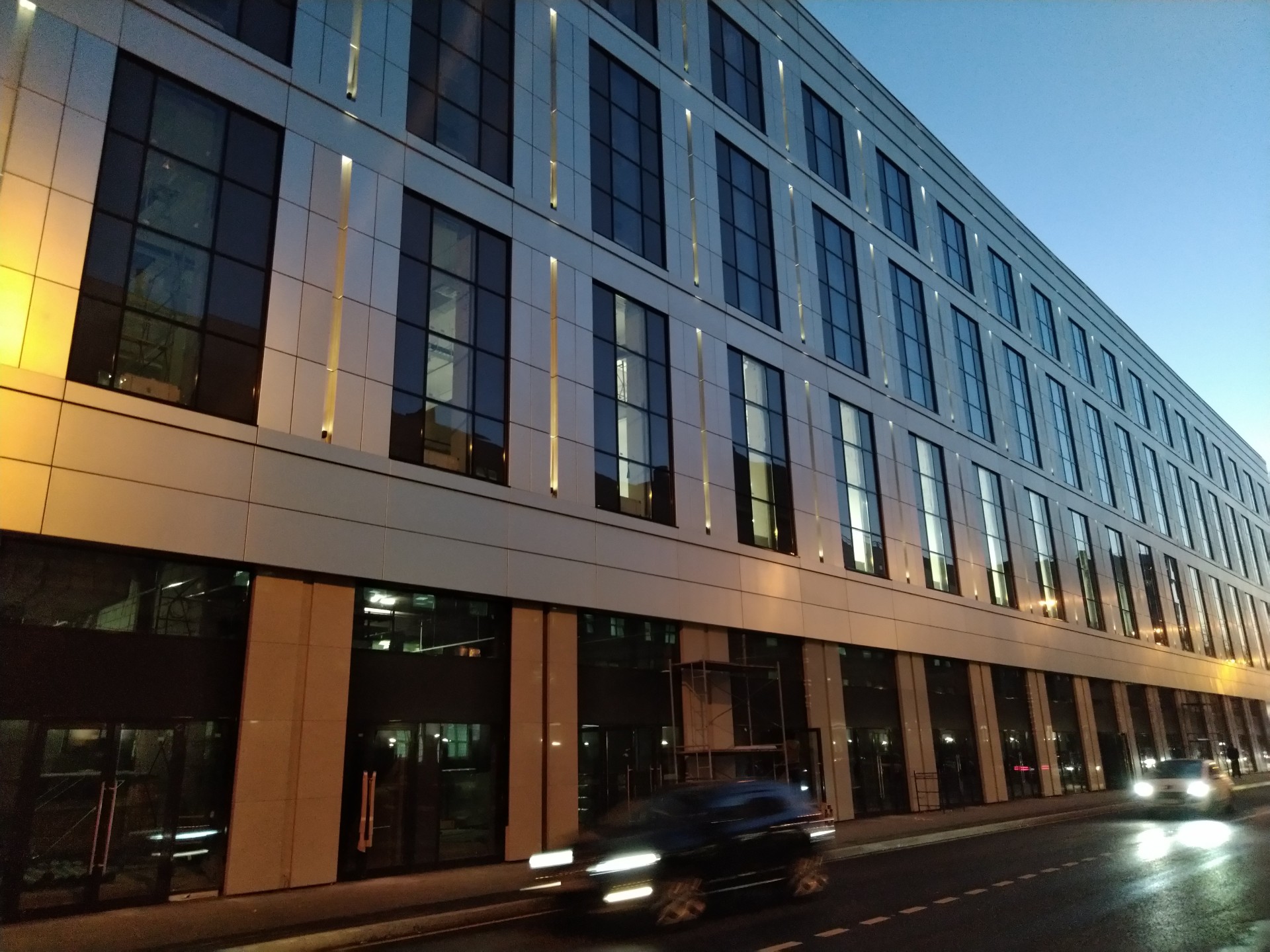 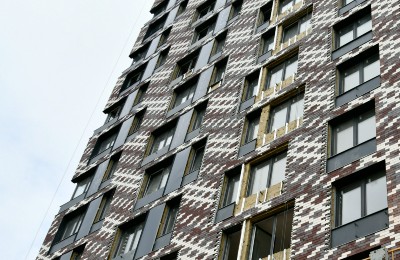 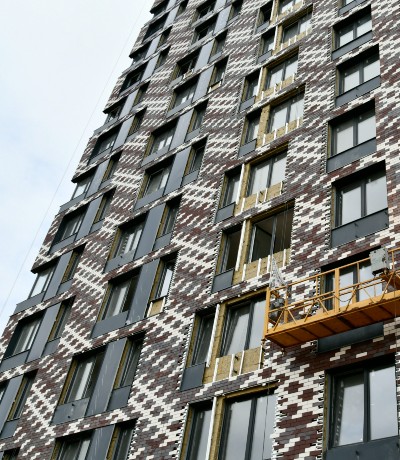