'Moskabelmet' congratulates on the 90th anniversary of the Russian aluminium industry

Russia's aluminium industry celebrates its 90th anniversary! A gala event was held yesterday to mark the anniversary, organised by the Aluminium Association of Russia with the support of the Ministry of Industry and Trade of the Russian Federation and UC RUSAL.

A feast for all involved
The event attracted producers of aluminium and aluminium-based products, representatives of consuming industries, leading scientific and educational centres, governmental authorities, as well as partners of the Aluminium Association.

Welcoming speeches were delivered by representatives of the Russian Government, the Federation Council of the Federal Assembly and the State Duma of Russia, Minpromtorg, as well as country's regional heads, representatives of the Aluminium Association and UC RUSAL. Special diplomas and commemorative awards were presented to veterans and honoured figures of Russia who had made a major contribution to the development of the national aluminium industry. The event also included a presentation of RBC TV's film dedicated to the 90th anniversary of the aluminium industry. It features unique archival footage found in the Russian State Film and Photo Archive (RGAKFD).

Unique pictures and photos
The festivities took place in the hall of the TASS news agency, which functioned as the event's general media partner, as well as actively participating in a special issue of the 'Aluminium Bulletin'. It features some coverage photos from the enterprises taken by TASS photojournalists over more than 55 years of the industry.

'These are photos dating back to different years — from 1966 to 2021: products of Bratsk Aluminium Smelter, aluminium hydrofoil vessels on slipways of Gomel Shipyard, sampling of first aluminium in the reduction and alumina shop of Taishet Aluminium Smelter and many other things,' explains Irina Kazovskaya, Co-Chairperson of the Aluminium Association. — 'In the special issue, we celebrate the merits of metallurgists-veterans, whose efforts helped set up the industry, demonstrate the unbreakable link between generations of aluminists and the continuity of production and scientific schools, and the readiness of domestic enterprises to maintain leading positions in promising areas of industrial development'.

To mark the anniversary, the Aluminium Association holds a series of events to promote the industry, aluminium and aluminium products to a wider audience. On May 19, for example, Perovsky Park welcomed an exhibition in which 'Zavod Moskabel' is also taking part. It has now moved to the Tagansky Park of Culture and Recreation, where it will continue until August 6. The exhibition introduces park visitors to the history of the industry and shows the endless possibilities for applying aluminium solutions in various areas of life: from architecture and the automotive industry to mechanical engineering and energy sector.

As a reminder, the development of the country's aluminium industry began on May 14, 1932, when the Volkhov Aluminium Smelter produced its first industrial batch of metal. Over the past 90 years, Russia has become one of the leading aluminium-producing countries and is now firmly established as a supplier of primary aluminium. The demand for high value-added Russian aluminium products is also growing. The above is due to not only increasing metal production year by year, but also to scientific breakthroughs, the introduction of the latest technology, and the creation of alloys with unique characteristics.

Working with aluminium: on long-term basis and with good efficiency
'Moskabelmet' is one of Russia's largest producers of aluminium cable and conductor products. In 1951, 'Zavod Moskabel' was first to master the mass production of power cables with extruded aluminium jackets, not only in Russia, but worldwide! In 2017, it was 'Zavod Moskabel' that was among the first to develop the production of cables with the innovative aluminium alloy 8xxx series, and this year, it began to mass-produce cables with a special protective sheath of corrugated aluminium armour. Moreover, Pavel Moryakov, Moskabelmet's CEO, is the head of the Aluminium Association's 'Energy' sector. He stresses the importance of industry associations, which fully promote the interests of producers. 'Associations have always played an important role in business development. But at a time when the national industry is facing ever-increasing challenges, reliable protection and support for the interests of manufacturers is of particular importance. The activities of the Russian Aluminium Association are the key to maintaining a favourable climate in the face of economic sanctions. 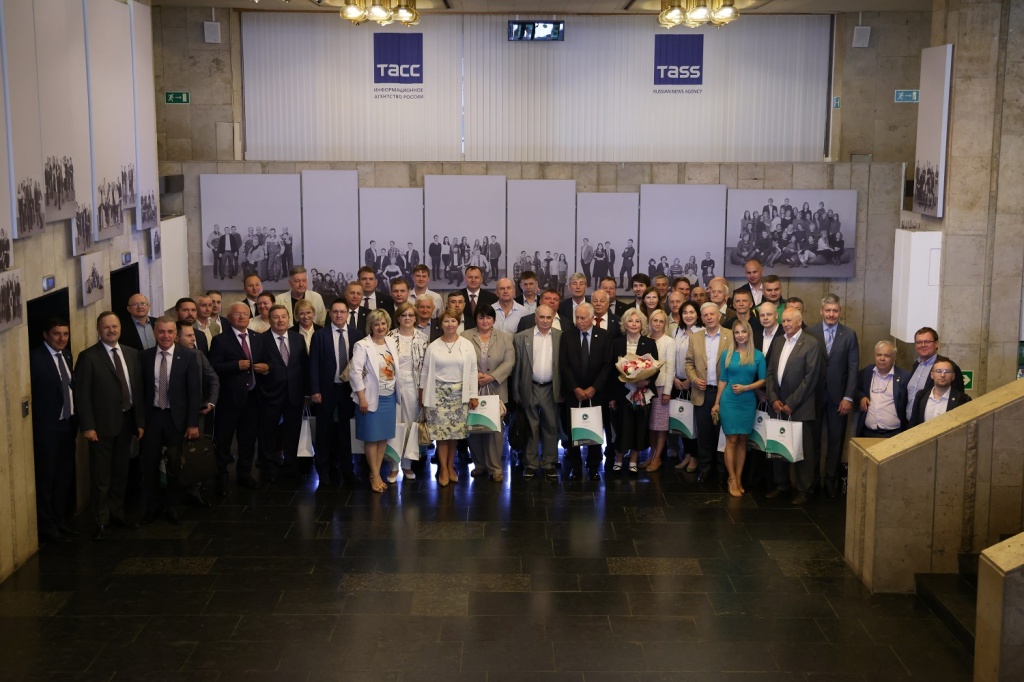 'Moskabelmet' congratulates its partners, colleagues and all involved in the aluminium industry on the anniversary of the Russian aluminium industry. The team wishes the company and all its members continued vigorous development, a confident look into the future, the development of high-tech production and increased competitiveness.