Ceremony to mark the 90th anniversary of the Aluminium Industry

2022 is a significant year for the Russian aluminium industry. This year, one of the key sectors of the industry celebrates 90 years since the production of the first industrial batch of aluminium.

On May 14, 1932, at the Volkhov Aluminium Smelter (Leningrad Region), metallurgists produced the first batch of metal in the country, which became the basis for today's industry: construction, automotive, mechanical engineering, energy, consumer goods and, naturally, aviation and space. Aluminium, called a 'winged' metal for its lightness, is one of the most demanded construction materials.

Every day, hundreds of thousands of specialists in all regions of Russia contribute to the industry's development.

On July 12, 2022, the Aluminium Association, with the support from the Ministry of Industry and Trade of the Russian Federation and UC RUSAL, will hold an anniversary ceremony to celebrate a significant event for the metallurgical industry: the 90th anniversary of the aluminium industry of Russia. TASS will be the general media partner of the event. Information support for the anniversary of the aluminium industry is also provided by RBC, VGTRK and Metal Supply and Sales.

The event will bring together both producers of aluminium and aluminium-based products, as well as representatives of consumer industries, leading scientific and educational centres, government officials and partners of the Aluminium Association represented by trade unions and industry associations.

Welcoming speeches will be given by representatives of the Russian Government, the Federation Council of the Federal Assembly, the State Duma, the Ministry of Trade and Industry of Russia and the heads of the country's largest aluminium producing regions.

Special diplomas and commemorative awards from the Ministry of Trade and Industry of Russia and the Aluminium Association will be awarded to veterans and honoured workers of non-ferrous metal industry who have made a major contribution to the development of the domestic aluminium industry.

During the event, a film by RBC dedicated to the 90th anniversary of the aluminium industry will be presented with unique archive footage found in the Russian State Documentary Film and Photo Archive (RGAKFD). All materials of the event, including the film, photos and videos, will be available on this page. 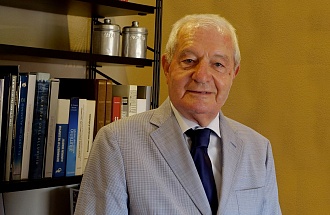