The institute specialises in designing all types of bridge structures, motorways and junctions

Many years of its operation have seen the completion of a number of design projects, including unique ones, which served as the basis for completed or pending facilities throughout the Russian Federation and the Republic of Kazakhstan.

These include patented developments employed in the construction of long offshore piers (to a length of 4 km or less) in the Black Sea, Baltic Sea and the Sea of Japan; standard superstructures designated for the Extreme North and West Siberia conditions; arc bridges in Yakutsk and Astrakhan; a number of small- and medium-size bridge projects in the Republic of Dagestan in seismic conditions; railway over crossings for the Domodedovo and Sheremetyevo Airports, Moscow; a number of big bridges in the Urals, Far East and East Siberia; railway bridges in the Yamal Peninsula, including a unique bridge over the Yuribei River, the world's longest bridge located beyond the Arctic Circle; other motorway, railway and pedestrian bridges. Morissot Institute took part in designing Russia's first bobsleigh and luge track, as well as transport infrastructures for the 2014 Sochi Olympic Games, including the highway and railway between Adler and Krasnaya Polyana.

The entire completed work was of proper quality and commissioned when specified in the agreements.

The direct customers of Morissot Institute include: State Company Russianhighways, Rosavtodor, Ministry of Defence of the Russian Federation, Morton Group of Companies, Mostostroy-11, MC Transyuzhstroy, Mostostroy-12, Stroyproekt Institute, InzhProektStroy, Instroyproekt, other design and construction entities. The structured designed by Morissot Institute are produced by virtually all specialist metalworks in Russia. 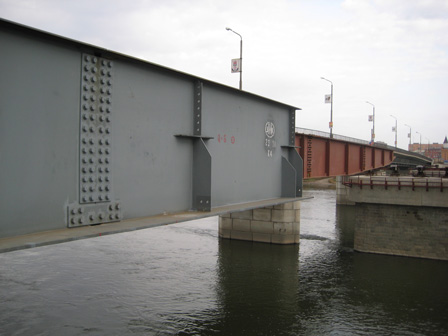