Aluminium becomes an important material for the modern architecture and construction

Moscow, April 8. The I International Forum 'Aluminium in Architecture and Construction 2019' held as part of RosBuild-2019 exhibition reviewed its results. The initiator of the event was the Aluminium Association, the organiser – the Union of Architects of Russia, and the general partner – RUSAL. 'The role of aluminium in the architecture and construction becomes increasingly important and its application in designing and creation of modern cities and urban infrastructure will significantly increase,' such conclusion was made by participants of the Forum.

According to Nikolay Shumakov, President of the Union of Architects of Russia, the Forum has completely achieved its objectives: 'The uniqueness of this Forum is the fact that it managed to unite architects, constructors, designers, developers, companies of the aluminium industry and representatives of relevant ministers and authorities on one site. We managed to jointly analyse scales and prospects of using aluminium in the modern Russian architecture,' said N. Shumakov expressing his hope that the event will become annual.

Winners of the Aluminium in Architecture contest were awarded as part of the Forum. 54 works of famous Russian architects were presented at the contest. They included facilities of the 2019 World Winter Student Games, new terminals of international airports, facilities of the Moscow subway, Skolkovo and Innopolis innovative complexes, bridges and bridge crossings, multi-purpose business and shopping centres.

The Grand Prix – National Award for the best implemented project using aluminium – was awarded to the creative team of TPO PRIDE led by Sergey Kuznetsov which developed the project of the Rhythmic Gymnastic Centre of Irina Viner-Usmanova in Luzhniki.

The Forum ended with the contest of unique children's works of the START architectural school. 40 pupils of the school from 8 to 16 years old took part in the contest.

'Aluminium is a metal having properties and characteristics needed to implement the most courageous, ambitious projects. As exemplified by works presented at the contest, we are sure that today aluminium is a priority material for foreign and domestic architects, designers and constructors,' said Valentin Trishchenko, Chairman of the Aluminium Association. 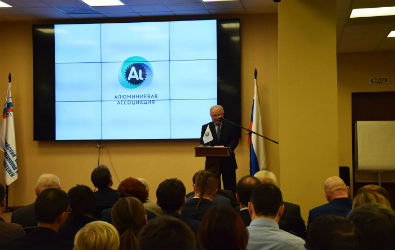